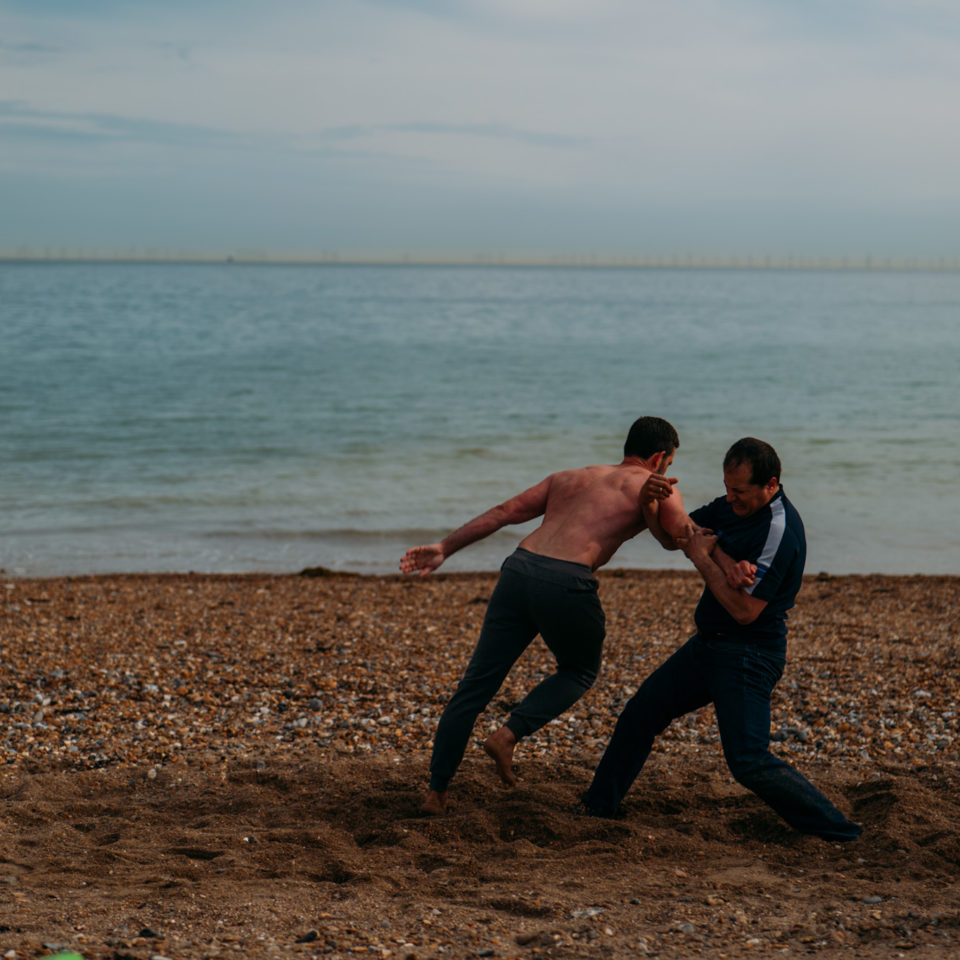 From the beginning of written records on Taiji (Tai chi) there has been a dual purpose to the training. In line with the duality of Tai Chi theory, ancient masters and teachers advocated for the development of both martial skill and also the development of one’s character.

The symbol below shows the building blocks of the universe, Yin and Yang, as well as the eight primary combinations of these two forces, known as the Bagua. This boxing art is based on these fundamental concepts, which can grow to form infinite possibilities. The name of the Yin Yang symbol is ‘Taiji’ and so this is simply a boxing art based on this concept. In China boxing used to simply refer to martial arts, including weapons arts, so simply think of this boxing system as a very mixed martial art, that includes, striking, wrestling, weapons and so on.

Martial skill would refer to real, practical fighting abilities at all ranges of combat, with and without weaponry. Development of one’s character is often described as the pursuit of ‘The Way’ or the ‘Tao’, influenced heavily by Taoist ideas.

Developing your character through Tai Chi training is designed to produce an authentic, sincere person who maintains a sense of deep tranquility and sense of ease. Martial achievement alone is said to be the lesser achievement, but developing both the character and martial ability is referred to as the higher achievement.

By engaging in the challenges of the martial training honestly and wholeheartedly, in combination with the various meditative and contemplative aspects of the practice, we have an ideal art to accomplish both aspects. 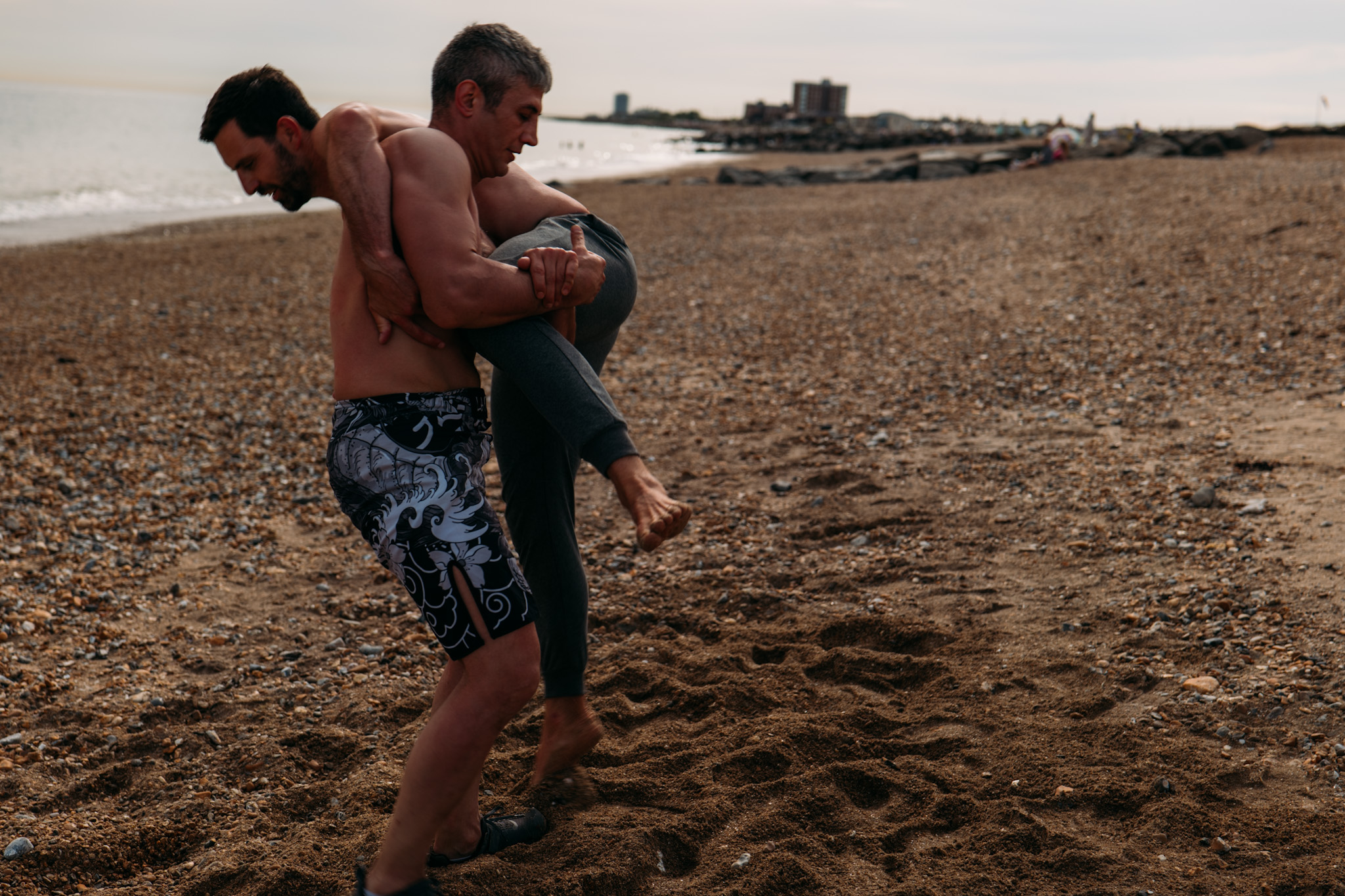 Profound skill in physical relaxation, explosiveness, muscular/neural strength as well as the cultivation of high levels of elastic ‘tendon’ power. Physical endurance is also developed and prioritised. Speed is another prioritised attribute, highly related to intent, relaxation and neural function.

Optimal functioning of all inner systems of the body including cardiovascular health and circulation, respiration and lung function, optimal breathing patterns, regulation of hormonal systems etc. Essentially everything we need to stay optimally healthy in a balanced and harmonious way. A balanced lifestyle is always advocated in Taoist derived arts, avoiding over indulgence in extreme or toxic foods, drinks and so on and getting adequate rest, as well as optimal amounts of movement beyond training.

‘Stillness in motion’ which translates to our ability to be mentally and emotionally centred even during turbulent and chaotic situations. Linked to this is our capacity and ability to focus and concentrate intently for long periods of time.

Creativity and spontaneity should be cultivated as progress continues, which helps us adapt to unexpected events, martially or situationally.

Training should give the student access to situations which allow him or her to develop real experience in martial conditions. Gaining real world experience in the various aspects of martial arts is necessary to learn the truths of actually applying the art practically. Without this even the best training will likely be useless. 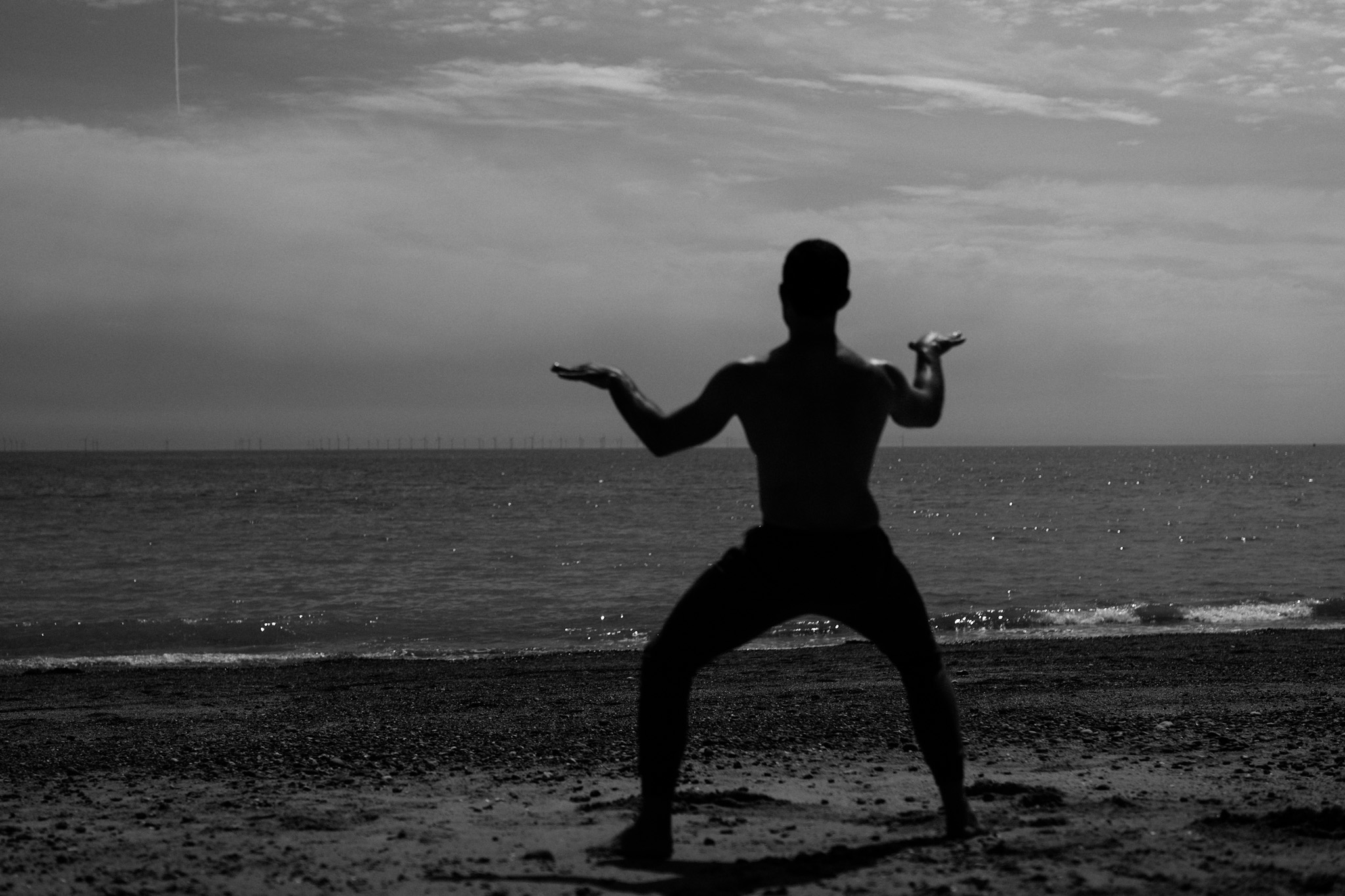 The Form and Postures of Taijiquan

After some foundation whole body stretching and mobilising drills have been practiced, the first thing generally learned in your Tai chi journey is the hand form (so called because there are several weapons forms).

There are 5 methods of practice for best results as you develop. Very few schools within this style or others regularly train all 5.

One of the main emphasis of form work is to build perfect structures, postures and technique, whist deepening our skill at relaxing the physical body. It is said that correct training softens the outside but hardens the inside (the spirit/will/mind).

This is the unarmed combative training process used within this style of Taiji Boxing. Real unarmed self defence situations can happen at all ranges of combat and so the Taijiquan syllabus includes all types of techniques, from striking through to grappling.

It’s essentially very similar to modern MMA in terms of its technical arsenal, though there are some additional guidelines and skill development processes that can make the techniques easier to use and apply, particularly for small people. Each technique is learned and practiced until the student is somewhat skilled with it. It is then attempted within a more spontaneous framework we call freefighting, which is an ongoing semi-cooperative sparring drill done with a partner.

With practice more and more of the techniques can be used skilfully within the firefighting, spontaneous drill. At advanced stages partners can attack and defend with full speed strikes and a skilled student will rarely be hit or thrown.

Freefighting practice is about developing high level technique, footwork, wrestling, striking and so in in a spontaneous way taking it to the point where even when faced with a real aggressive attack, the student can calmly and skilfully apply their fighting Taiji Boxing techniques to easily secure the victory. 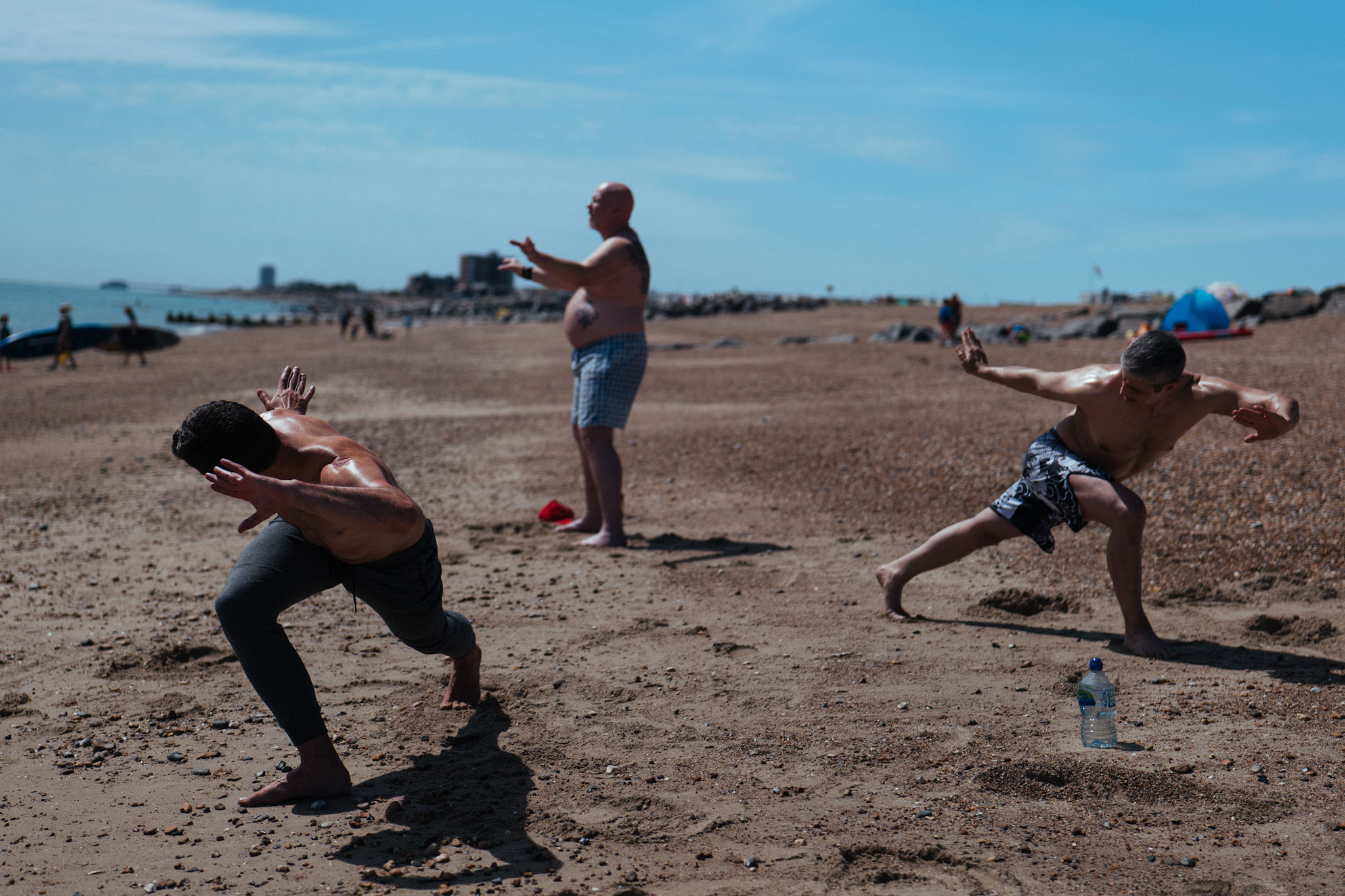 In unarmed combat there are multiple different attributes which are highly useful in order to overcome a stronger and more powerful opponent. Tai Chi pushing hands builds these skilful attributes, particular in the close quarter, grappling range.

It features 8 partnered exercises, each one designed to work on a specific skill whilst continually training some of the others. All the exercises seek to develop a sensitive sense of touch and feel so that when in contact with an opponent we can almost predict where his next move will be and with how much power.

The exercises teach an array of ways in which to neutralise the opponents power and then subsequently exploit the change in situation to attack their weak points or balance points. With training you can easily dominate peoples sense of balance and then incorporate Taijiquan’s throwing, sweeping and wrestling moves (including locks etc) and dominate people at close quarters. Some of the exercises also train the use of evasive and tactile defensive maneuverers, to be used against the opponents striking techniques. 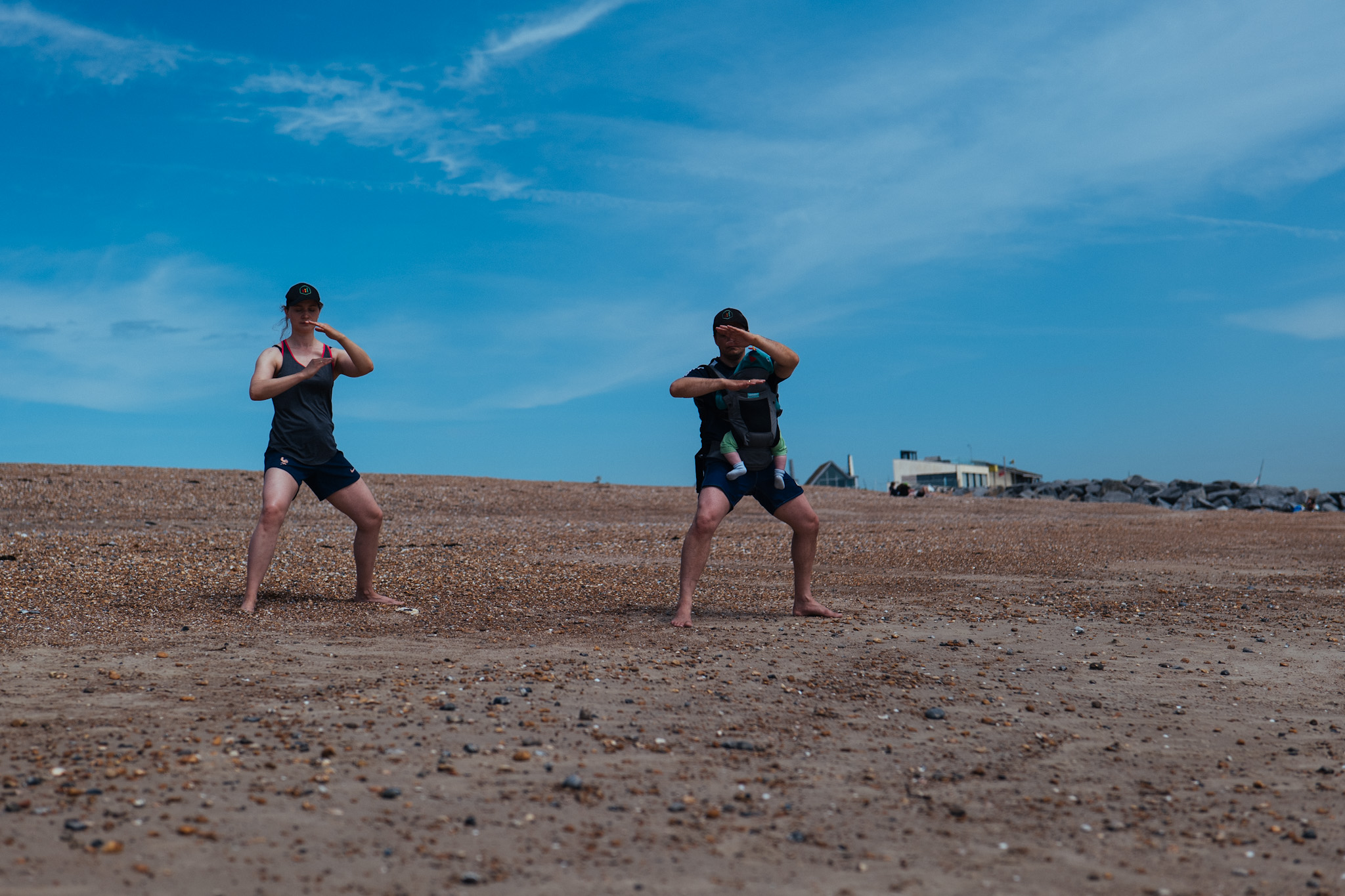 To be an effective martial artist you need the right kind of strength, power and endurance to withstand the rigours of a serious fight. There are many ways you can develop strength and power, as well as cardiovascular fitness. The masters of old however, knew some things tinged with genius. The internal strength training system is said to have been passed down initially from the early Taoists and Taoist practitioners of Tai Chi who blended their understanding of how to develop harmonious breathing with how to fully exercise the body internally and externally.

The internal strength exercises are focussed on developing not only the health and optimal functioning of the body and mind, but also on creating incredible levels of tensile, tendinous strength and power, which allows us to transfer incredible amounts of power into our techniques.

The exercises are practiced in a relaxed and somewhat meditative, contemplative manner which leads to feelings of deep tranquility after training.

There are 24 exercises, 12 of which are characterised as Yin, being done in an extremely relaxed way. There is a complimentary Yang set of exercises which uses subtle interplays of tension and relaxation. The idea is to practice the Yin movements Mondays, Wednesdays, Fridays and Sundays and to train the Yang exercises Tuesdays, Thursdays and Saturdays. 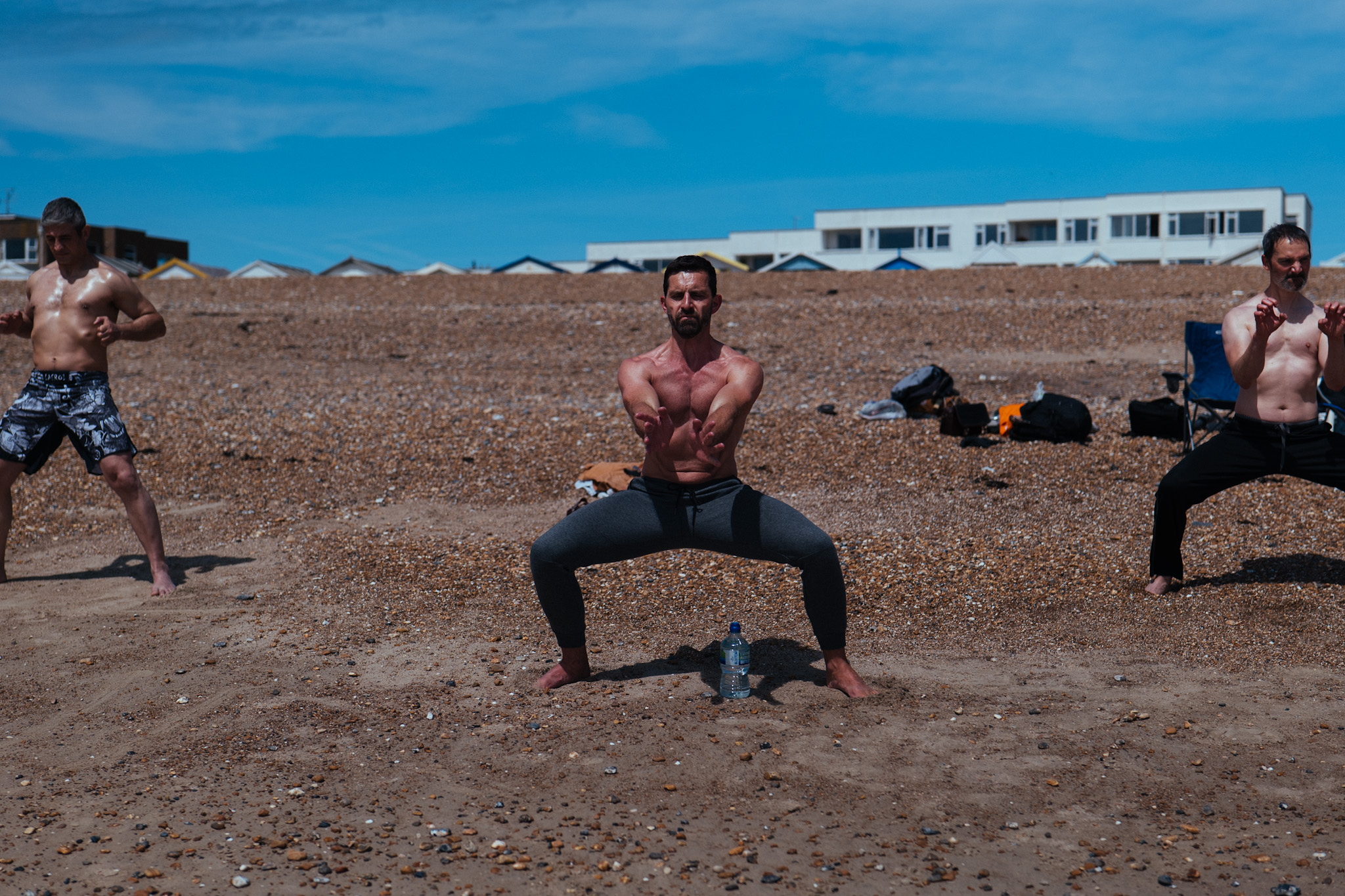 Practicing the weapons of Taijiquan opens up your practice to many possible areas of development and growth. Mastering the footwork, coordination and postures develops all kinds of new and useful physical skills.

Stamina and strength are further cultivated when using heavy weapons. Refinement in fluid, accurate and technical movement takes places, with power expression being perfected. The movements can be used with everyday objects for self defence and can also be applied with some modifications to unnamed self defence, opening up creative possibilities.

In addition to the above disciplines there are some additional training methods we need to practice to fully round out our training.

Stamina roll practice is a unique kind of high intensity cardiovascular conditioning, which prepares the Taijiquan athlete to be able to operate easily at the highest intensities of fighting.

Speedweights are lead filled hand weights which are heavy for their size, being three to five pounds in weight. They are used in various patterns at high velocities to develop hand speed.

Striking sandbags with fist and feet is used to toughen up the hands and feet and can also help build power.

Chasing pads is similar to boxing and Thai boxing mitt work but emphasis is on developing spontaneity and capacity to chase and adapt to an opponent, rather than working set patterns as is the trend today.

Handstand training is used to further round out the strengthening of the upper body and also strengthens the parasympathetic nervous system.

As you can see the traditional syllabus has everything you need, whether you just want to get fit and healthy and learn basic self defence or to immerse yourself and become the best martial artist you can be. It’s a huge system offering you tremendous scope for development. It would take several lifetimes to master everything.